On Saturday 25th June 2011, six year 6 girls (Rachel, Carla, Rebecca, Cally, Brooklyn and Freya ) from Dereham St Nicholas Junior School headed off to Horringer in Suffolk for a Handbell Rally. We all jumped into the car excitedly and couldn’t wait for the brilliant day ahead!

When we arrived, we weren’t very enthusiastic about the place as there were no other children. Fortunately, the people turned out to be very welcoming and glad to see us, and as we later discovered, some of them turned out to be very funny and full of character! The lunch was a ‘bring and share’ lunch, which was very yummy. Everybody stuffed themselves till they were full, but nobody ate more than Brooklyn, who especially liked the grapes!

There was a stall in the hall selling handbell things like stationary and badges. There were six small teddies wearing handbell raincoats on the stall so as there were six of us, we decided to get one each! We named them all Bluebell, Isobell, Bella, Purbell, Strawbell and Belle and they became our table mascots!

At about 1:30pm, the bell ringing began. We found out that the theme was Great Britain, but we weren’t very successful there and we kept coming up with ridiculous reasons why the pieces were to do with the theme! Several groups played, and then it was our turn. We played ‘Pat-a-cake’, which we personally thought went slightly wrong, but we got one of the loudest applauses all day! The second piece we played was ‘Twinkle Twinkle Little Star’. Three of the Handbell players are used to playing the first part on boomwhackers, but we didn’t have the boomwhackers with us so everybody sang the first bit! The last piece we played was ‘Old MacDonald’ which went very well.

Other than our pieces, of course, some of the many noticeable pieces were some tunes played by All Saints Malden. It was a melody of many old ‘classic’ songs which all the adults seem to know. The only one in our group who knew some of them was Cally!

As well as the individual group pieces, everyone played two rather difficult pieces together called ‘The Golden Vanity’ and ‘Heart of Oak’ which went quite well.

Almost at the end of the day, we had a procession organised by a lady called Sandra. In case you don’t know, a processional is where you play bells completely without a piece of music in front of you. We paraded around the car park doing this. Our group was chosen to lead this processional. Every two notes had a small sequence to play and we all played all our sequences together, which sounded great!

Overall, the day was amazing, and we got so many compliments! Mrs McCord kindly bought us McDonald’s as a treat at the end which made the day even more fantastic!

Thank you to everyone who helped this day become one to remember!

Written by Rachel, Carla and Rebecca 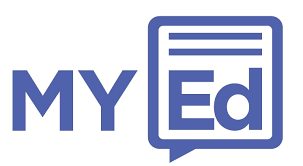